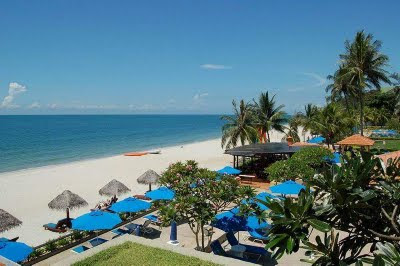 Kuantan is the state capital of Pahang, the 3rd largest state in Malaysia. It is situated near the mouth of the Kuantan River and faces the South China Sea. If one measures the distance along the east coast of Peninsular Malaysia, it is located roughly halfway between Singapore and Kota Bharu. Kuantan is the 9th largest city in Malaysia.

Recently, the National Physical Plan 2005 identified Kuantan as one of the future growth centres and a hub for trade, commerce, transportation and tourism. Kuantan is also considered as the social, economic and commercial hub for East Coast Peninsular Malaysia due to its strategic location. Rapid development since early 21st century has transformed and modernized Kuantan. Since 2005, Kuantan has had many development projects across the city, including Putra Square, Mahkota Square, Bukit Gambang Water Resort, Kuantan Sentral, Pahang Tech Park and Kuantan Port City under the Kuantan District Locality Plan 2004-2015.  Recently, the introducing of Malaysia's first Special Economy Zone (SEZ) is located at Kuantan to boost the regional economy, tourism and growth. As an effort to catalyse the growth of Kuantan Metropolitan Precinct, government has located a petroleum manufacturing area in Pekan, a neighbour town of Kuantan and expected to allocate some funds to enhance the growth across the region. 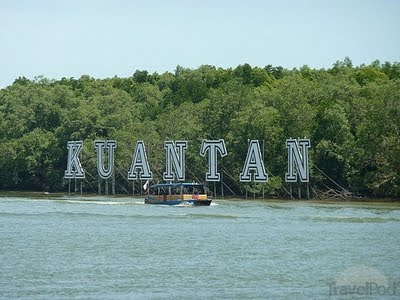 Kuantan in the first century was a part of Chih-Tu empire. In the 11th century, this piece of land was conquered by another small empire called Pheng-Kheng before being taken over by the Siamese during 12th century. During the 15th century, Kuantan was ruled by the Malacca Empire.
Kuantan is said to have been founded in the 1850s. The word "Kuantan" was mentioned by Abdullah bin Abdul Kadir (Munshi Abdullah) circa 1851/2 as below:


In its early days, it was known as Kampung Teruntum (Teruntum Village). The village was situated at the mouth of Teruntum River which is in front of the current hospital and it was established by Haji Senik and his followers in the 1850s. Early primary economic activities included fishing and small businesses. The main evidence of the establishment of the village is the cemetery that is situated near Taman Esplanade in front of the current Hospital Tengku Ampuan Afzan.

Towards the late 19th century, arrival of Chinese miners and traders saw the establishment of a township in Kuantan and also nearby tin mining areas such as Gambang and Sungai Lembing. Similar to what occurred in other states in Peninsular Malaysia, rubber plantations attracted Indian settlers as well.

The sinking of HMS Prince of Wales and HMS Repulse took place off the coast of Kuantan on 10 December 1941. 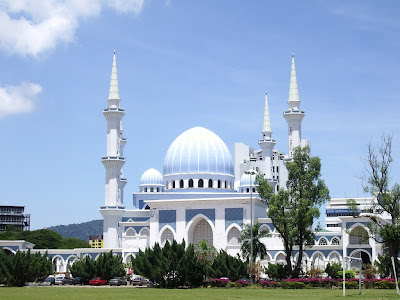 
Kuantan's population is approximately 607,778. The population of Kuantan is composed of 57% Malay, 32% Chinese, 4% Indian and 7% other races. According to the [World Gazetteer], a calculation indicates that the annual population growth of Kuantan is the greatest among the East Coast of Peninsular Malaysia, which is 3.88 in general.

One of its major economic activities is tourism. Domestically, it is famous for the production of handicrafts, batik, keropok (dried fish crackers) and salted fish. Kuantan serves as the administrative and commercial capital of Pahang. Trade and commerce are also important in the economy of the town.

Kuantan also experiences the presence of petrochemical industries, mostly located in Gebeng, an industrial area about 25 km north of Kuantan.