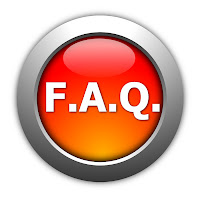 2) Who is Lynas Corporation?
A: Lynas Corporation, Ltd. is an Australian rare earths mining company, listed on the Australian Stock Exchange as a S&P/ASX200 company. It has two major operations: a mining and concentration plant at Mount Weld, Western Australia, and a refining facility now under construction at Kuantan, Malaysia.

3) Where is the rare earth to be processed in LAMP from?

A: The rare earth to be processed in LAMP is from the Mount Weld Mine in Western Australia. This Lanthanide ore is mined, cleaned and crushed into sand or powder form before being shipped to Kuantan, Malaysia. The journey from Mount Weld to Kuantan is about 5000 km. The size of 1 grain of powder is up to 100 times smaller than the diameter of a single strain of human hair.


4) Why do they have to process it in Kuantan, Malaysia & not Australia?

A: According to an official statement from Lynas, Australia does not have sufficient highly-skilled manpower, water supply, chemical and natural gas to operate rare earth processing plants.

5) What are the economical benefits of LAMP for the people of Malaysia?

A: Since the Malaysian government offered a 12-years tax exemption to Lynas, the Malaysian people will not be paid a single cent for the first 12 years or LAMP's operations. Eventually all revenue generated here (which is estimated to be around USD2 billion per year) will probably be channeled back to Lynas Corporation's shareholders in Australia, and not to Lynas (M) Sdn. Bhd.

6) What are the job benefits of LAMP for the people of Malaysia?

A: Only a total of 450 employees (including expatriates, skilled and unskilled) are hired. A mid-sized supermarket has a higher number of employees than this!

7) So, what will Malaysians benefit from LAMP in the end?

A: Except the 450 jobs created, new technology transfers for processing of rare earth and revenue from sales of chemicals, water and natural gas, we will get NOTHING else.  Except large quantities of wastes. To be more specific, 500 cubic meters/hour of waste water, 100,000 cubic meters/hour of waste gases and 280,000 tonnes/year of solid wastes! Offset it with what we will benefit, this looks like a ridiculously bad deal.

A: Most rare earth metals are harmless, but in its natural ore, rare earths are normally mixed with radioactive substances (which are thorium and uranium). During the seperation process, valuable rare earth is extracted and exported; leaving behind the harmful subtances in Kuantan, Malaysia. Thorium has a half-life of 14 billion years. (Half-life is the period of time it takes for a substance undergoing decay to decrease by half. The name was originally used to describe a characteristic of unstable atoms (radioactive decay), but it may apply to any quantity which follows a set-rate decay.)


9) How dangerous is thorium and uranium?

A: Thorium and uranium release radiation and decay into two major toxic substances -radon gas & lead. Radon is a colourless and odourless toxic gas. When radon particles enter into the human body via inhalation, it can damage cells and cause cancer. As for lead, many years ago the petroleum industry has introduced unleaded petrol as a way of decreasing the levels of carcinogens in the air around us. Carcinogens are cancer causing agents. Lead harms the nervous system, causes brain disorders and blood diseases. Lead is a poisonous metal that can damage nervous connections (especially in young children) and cause blood and brain disorders.

10) Lynas officers have mentioned that the radioactive levels of their thorium is low. Should we believe them?

A: What concerns us isn't the levels of radiation in per particle of thorium but rather the levels to be found in the CONCENTRATION of the huge amounts of thorium left behind. Lynas has yet to disclose to the people of Malaysia concerning their detailed waste-management plans for LAMP. Where will the solid waste containing thorium be stored? What is the storage method? Who is going to manage and monitor the waste? These are questions that the Malaysian people want asnwers to. Until this very moment, the Detailed Environment Impact Assesment (DEIA) has yet to be published on the internet for public viewing and the state and government-controlled medias have not been fully transparent about the operational hazards of LAMP.