A decade on, the opposition against Lynas is still strong 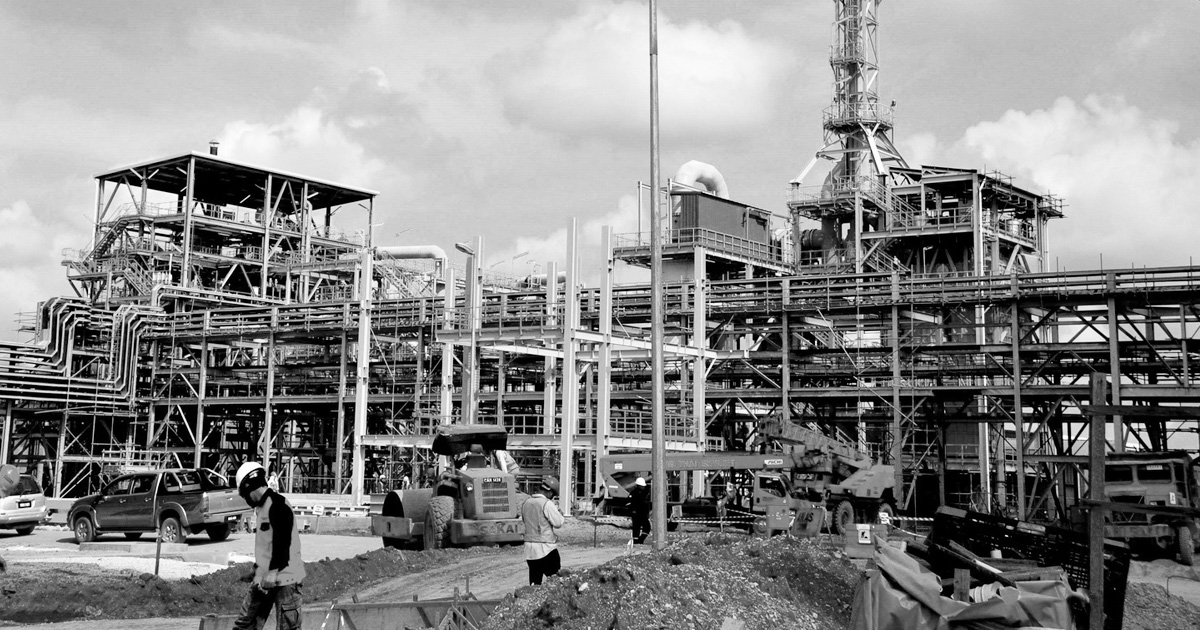 Malaysia is a warm and welcoming county. Rarely does her people rally in force against a corporation. Rarer still that such active protests persist for more than a decade, unrelenting. Anti-Lynas sentiments emerged soon after the Lynas Advanced Materials Plant (LAMP) project was approved in 2007. This was not unexpected, as no one wants to risk radioactive exposure from having a potentially hazardous rare earth refinery in one’s backyard. However, the slight negative sentiment and concern escalated to numerous nationwide demonstrations by 2012 when the plant commenced operations. Today, the anti-Lynas movement is still very much alive. Why such ire over Lynas?
Here’s some background.

the State of Pahang Department of Environment (DOE) approved the Environmental Impact Assessment (EIA) for LAMP to be located in Gebeng, Kuantan. The Atomic Energy Licensing Board of Malaysia (AELB) approved the Siting and Construction Licence following an approval recommendation from the Licensing Division of the AELB. The Kuantan Local Council also approved the Development Order application.

AELB approved a temporary operating licence (TOL) for LAMP. This was challenged by residents in court on the grounds that it breached the Environmental Quality Act 1974, among others. The issuance of TOL was withheld pending the outcome of a hearing of an appeal by a group of residents to the Science, Technology and Innovation Minister in April.

LAMP was granted a two-year TOL effective 3 September 2012, with a safe deposit of US$50 million and five conditions, including disclosure of a permanent deposit facility (PDF) for the storage of the plant’s radioactive water leached purification (WLP) waste. 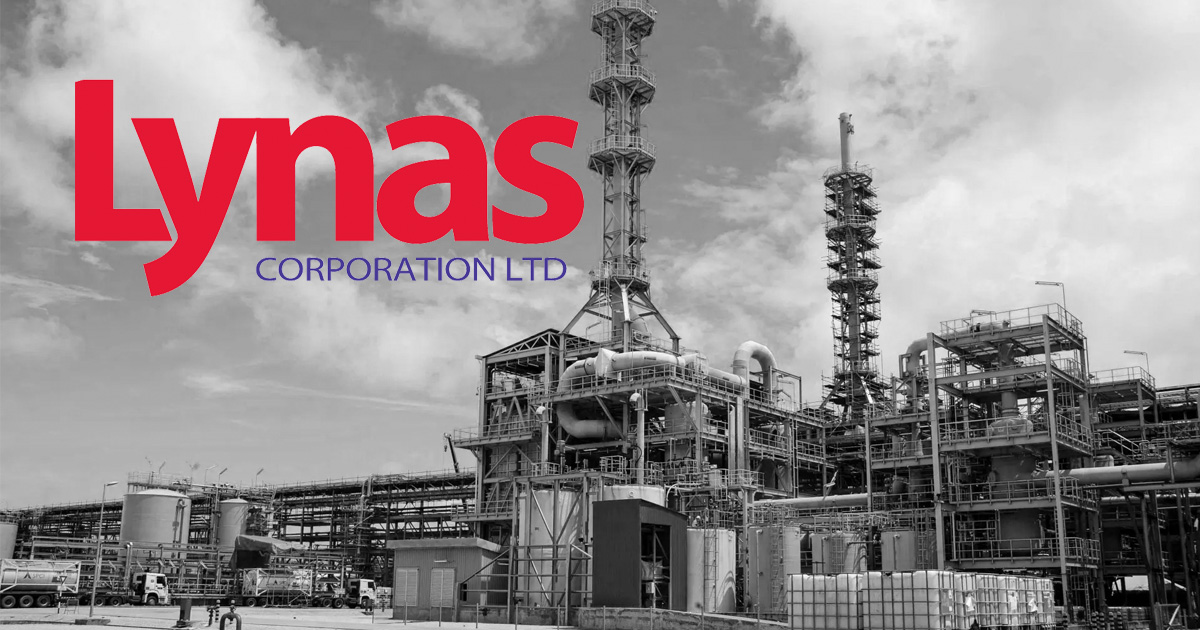 Note that the International Atomic Energy Agency (IAEA) in its 2011 report had recommended that a PDF be identified before an operating licence is awarded to LAMP. AELB had granted a temporary stay on this condition; Lynas promised to comply within 10 months of LAMP’s operations. The TOL was arguably granted on the excuse that AELB needed to collect data on the various areas of LAMP’s operations including wastes produced.

As of today, Lynas has yet to identify the location of the PDF. Neither has there been any public notifications, publications or announcements by AELB on the issue.

Despite the numerous protects, Lynas was on 2 September 2014 issued a two-year Full Operating Stage License (FOSL) by AELB. The licence was renewed in September 2016 for another three years despite calls to examine the non fulfilment of terms and written undertakings by Lynas to either recycle the radioactive WLP waste into industrial by-products or ship them overseas.

LAMP is designed to operate 24 hours a day, seven days a week and 8,000 hours a year, with a lifespan of 20 years. Each hour it produces approximately 36 tonnes ( dry weight) of solid wastes. The total volume of solid wastes that will be produced by LAMP prior to its decommissioning after 20 years is approximately 5.76 million tonnes! To put this figure into perspective, it is 15.6 times the weight of the steel used in the Petronas twin towers. The waste produced by LAMP over 20 years can fill Bukit Jalil Stadium 18 times over!

Email ThisBlogThis!Share to TwitterShare to FacebookShare to Pinterest
https://voiz.asia/en/32431 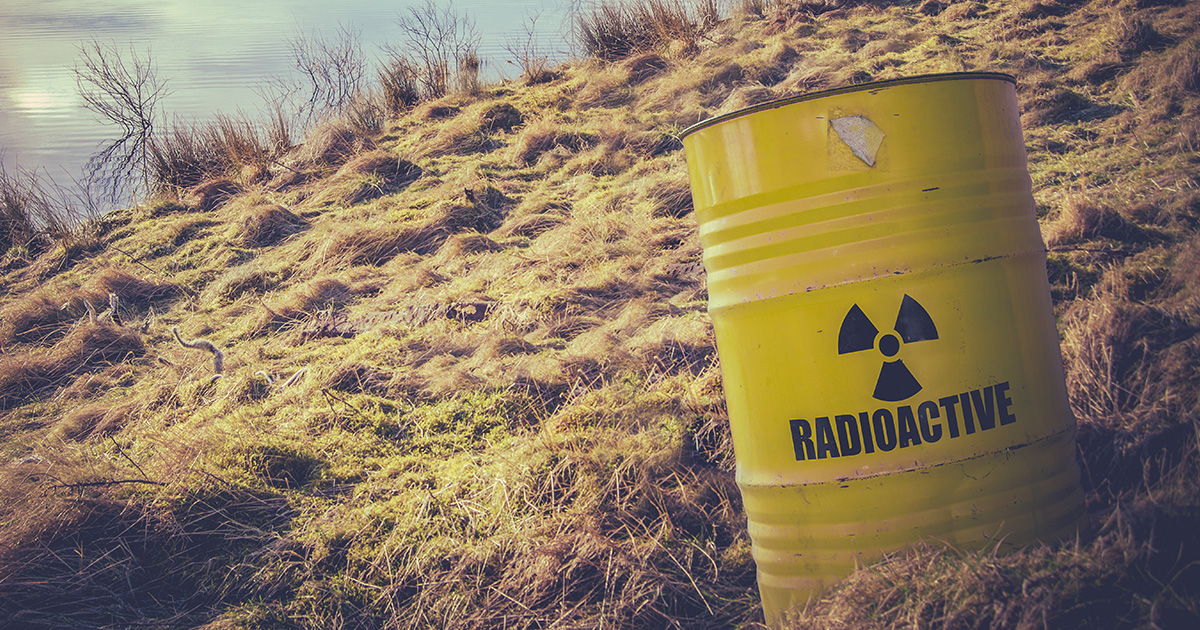 Say radiation and the image of contorted babies with missing or extra limbs come to mind — not a pretty picture.

Though radiation has plenty of safe practical uses as well — think x-rays, sterilisation of medical equipment, smoke detectors and even food irradiation — “radioactive exposure” connotes Fukushima horrors before all else.

Thus, it is understandable that when Australian Lynas Corp set up a rare earth refinery on our shores where it will use radioactive feedstock and generate tonnes of radioactive waste, many were alarmed and protests swiftly followed. 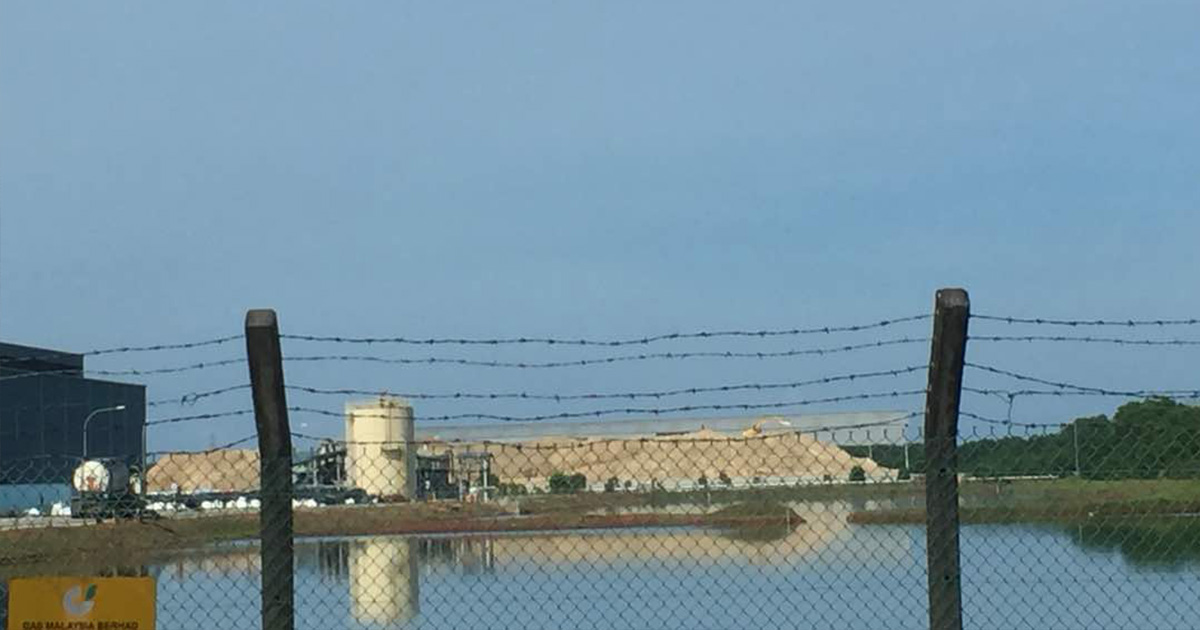 How dangerous are these wastes?

After the visit by the International Atomic Energy Agency (IAEA) Review team in 2014, the NUF and FGD with radioactivity below 1 Bq/g were dropped from the regulatory control of Atomic Energy Licensing Board of Malaysia (AELB). They were classified as clear waste and placed under the Department of Environment’s (DOE) purview.

Lynas’ website says: “Our residues are not wastes – they have tremendous potential as safe commercial products”. In its RWMP, Lynas had proposed to recycle all its solid wastes into industrial by-products. It even had an impressive timeline of R&D and commercialisation over 2012-2015. Key products/applications included plaster board and cement manufacturing, road base, fertilizers, and soil remediation. In fact, Lynas had in many occasions said there would be little need for a permanent deposit facility (PDF) for its wastes as they would all be recycled! To date, nothing has been commercialised. Lynas still appears to be struggling to find a solution for its fast-growing solid residues. It all boils down to a single product, a soil enhancer called CondiSoil, for which it received SIRIM’s seal of approval last year.

However, the proposed mixture of 1:2:7 of WLP: NUF: FGD will leave behind large quantities of unused radioactive WLP for lack of FGD to go with it to create CondiSoil — using all the FGD to make CondiSoil would only use up 13.18% of WLP. This begs the question of what Lynas intends to do with the remaining 86.82% of its radioactive WLP? A PDF would be needed to safely store it, no?

One also can’t help but wonder if the ratio was such as to enable the WLP to be watered down to under 1 Bq/gm so that it will no longer be considered radioactive by AELB. Recycling of radioactive wastes through dilution is never allowed or practiced anywhere else in the world!

Moreover, to entrust and seek approval from SIRIM on Condisoil’s safe usage is totally misplaced. SIRIM is the body that appraises and evaluates proposed industrial standards drafted by relevant professional bodies before they become Malaysian Standards. Does the SIRIM approval mean CondiSoil would become the Malaysian Standard for recycled radioactive wastes? Would this set a precedent among other industries churning out radioactive wastes to also “mix” their radioactive wastes, give it a fancy name and pass it off as a safe recycled industrial by-product?

Email ThisBlogThis!Share to TwitterShare to FacebookShare to Pinterest
https://voiz.asia/en/32518

Some things just require a higher level of accountability 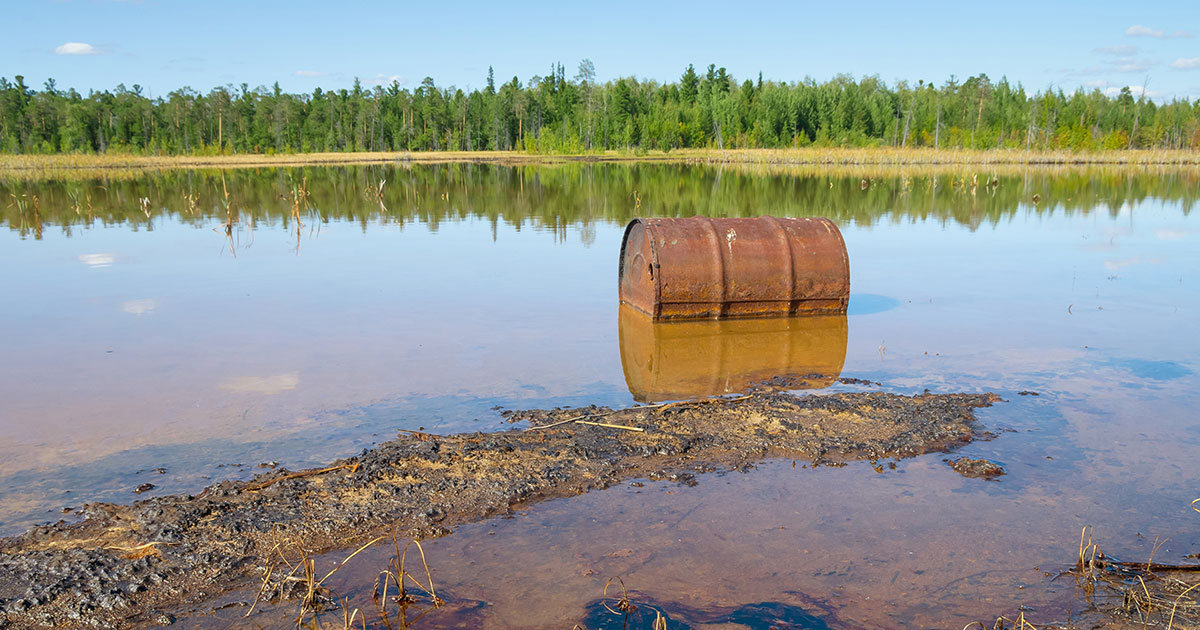 In one word, radioactive. In two words, Bukit Merah.

Rare earth mining and refining has a unenviable association with serious environmental problems. After the tragedy in Bukit Merah, caused by the lax radioactive waste management by rare earth refiner Asian Rare Earth Sdn Bhd, the Malaysian public is understandably very concerned and demands assurance that radioactive wastes from the Lynas Advanced Materials Plant (LAMP) in Gebeng, Kuantan is properly disposed of.

Lynas has repeatedly maintained it “has successfully met all licence conditions relating to operations and environmental performance” and that it is “strongly committed to open and transparent communication with all our stakeholders”.

Many remain unassured. Why is that?

For starters, after more than five years in operation, Lynas has yet to identify the location of a permanent deposit facility (PDF) for the storage of its radioactive wastes. Neither has there been any public notifications, publications or announcements by the Atomic Energy Licensing Board of Malaysia (AELB) on the issue. Note that the International Atomic Energy Agency (IAEA) in its 2011 report had recommended that a PDF be identified before an operating licence is awarded to LAMP.

Malaysia’s Land Code forbids the usage of any land as PDF of radioactive wastes. As AELB should be keenly aware of that, this indicates the regulator’s acceptance of Lynas’ bold claims that it could safely recycle all its wastes, including the radioactive water leached purification (WLP) waste. Given the nature of radioactive wastes, is that even possible?

True Lynas has held exhibitions, organised some community activities, and opened its doors for visits from the press and stakeholders. But many questions remain unanswered.

There has been repeated calls for Lynas to have a more in-depth dialogue with stakeholders, such as via a public forum, to address issues of concern, especially its radioactive waste management. Lynas CEO Amanda Lacaze had seemed open to the idea of a public forum after the International Trade and Industry Minister suggested it in 2016, giving the impression it plans to conduct such a forum, “preferably before year-end”.

When the issue of a public forum was pursued again, Lacaze pointed to the company’s website: “Information on our residue management is available in the following sections of our website www.lynascorp.com — Commitments & Responsibilities / Residue Management, and News / Media Briefing at Community Event.” (Note: the website’s layout and sections have changed since.) 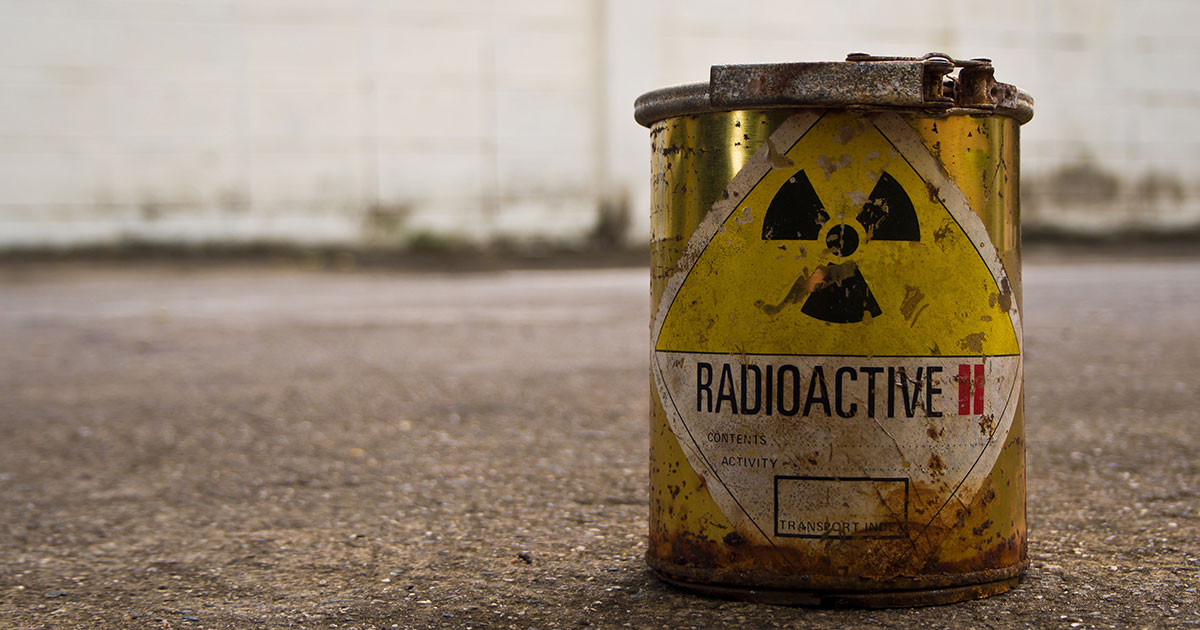 Alas, some information found on its website raises even more questions!

Notably, the website does not state the volume of wastes Lynas produces. Formulation of its soil enhancer, called CondiSoil, could not be found either.

In its Radioactive Waste Management Plan (RWMP) submitted on 30 December 2011, Lynas had proposed to recycle all its solid wastes into industrial by-products. It had shared an impressive timeline of R&D and commercialisation over 2012-2015. Key products/applications included plaster board and cement manufacturing, road base, fertilizers, and soil remediation. As CondiSoil now seems to be the sole residue-derived product on its plate, Lynas needs to share more on how this product helps it to recycle its radioactive wastes.

If Lynas is being seen a villain, it has no one to blame but itself. Turning a deaf ear to the repeated requests for a dialogue from the community LAMP is operating in is a demonstration of haughty arrogance at best, or worse, hiding something that cannot stand up to exposure. Given the lack of disclosure and details on CondiSoil, Lynas looks suspiciously like trying to pull wool over the public’s eyes. 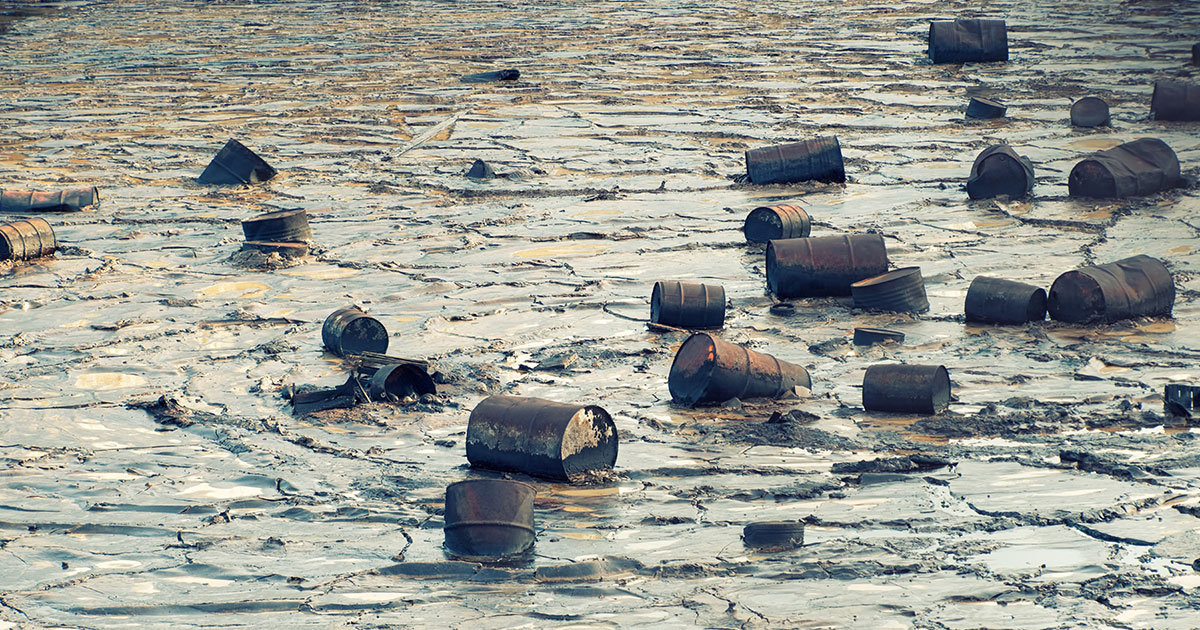 Yes legally, Lynas has complied with all the required rules and regulations, for now. AELB concurs.

But morally, Lynas has failed us.

Unless Lynas can assure us to the contrary, it will remain accused of processing rare earths in Malaysia — some 4,000 nautical miles from where they are mined, no less — only so that it can leave us the toxic wastes because its own country does not want them while being handsomely compensated (e.g. 12-year tax holiday) by our own government for the deed! Indeed, the distrust for Lynas has made the people to also distrust the authorities charged with protecting us from radioactive harm. They failed us re Bukit Merah; they could just fail us again — that it the fear.