Rare earth producer Lynas Corp's quarterly sales revenue and production have slipped, with recent trade tensions between Beijing and Washington curtailing demand for its ore in China as the car market there slows.

"The [rare earths] market, despite the trade tensions ... is quite soft. This is particularly [because] of the economic situation in China," she said. 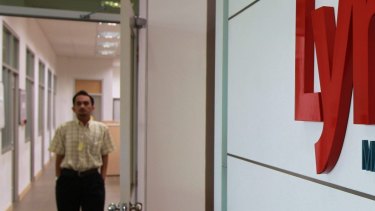 Lynas sales were hit by a lower average selling price for neodymium praseodymium (NdPr), which is used to make permanent magnets for electric vehicles and wind turbines.Credit:Bloomberg

Lynas reported a 4.6 per cent fall in revenue due to softer prices for its product in the June quarter, during which the company focused its sales on strategic customers outside China.


Lynas chief executive Amanda Lacaze said the result partially reflected the fact that the company could afford to make choices and not just maximise production and sell its rare earths at whatever price was on offer. 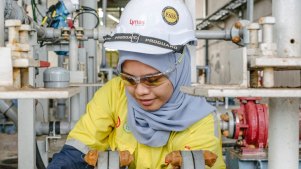 
But China was the key driver of the result, with trade tensions slowing the growth of the country's auto market.

"There is real concern there about the effect of the trade war," she said.

Lynas, the largest rare earths producer in the world outside China, said it was stockpiling production of its rare earth ores for strategic customers, at a time when markets are concerned that Beijing may use the minerals as a weapon in its trade war with the United States.


US President Donald Trump last year signed a policy bill banning the purchase from China, which controls 80 per cent of the world's rare earth supply, of rare earth magnets for military use in the 2019 fiscal year. 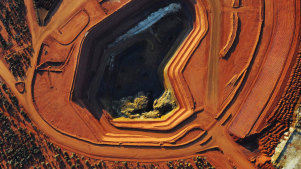 
Lynas' sales revenue for the June quarter was $87.5 million, lower than the $91.7 million it earned for the same period last year, the company said in a statement.

Lynas sales were hit by a lower average selling price for neodymium praseodymium (NdPr), which is used to make permanent magnets for electric vehicles and wind turbines.

Quarterly production of NdPr reached 1505 tonnes, compared with 1447 tonnes a year ago.


The decision to limit sales led to a small inventory build, Lynas said. End of quarter inventory of NdPr products was 323 tonnes.

The miner is in dispute with Malaysia over the removal of low-level radioactive waste produced by its processing plant in the country, but said it was confident its operating licence would be renewed before a September 2 deadline.


There is real concern there about the effect of the trade war.Amanda Lacaze

Ms Lacaze said the fact the government had indicated it would make a decision on the issue by mid August, just weeks before the deadline that could close its operations in Malaysia.

"This is not unusual," Ms Lacaze said of the tight deadline.

She expects the government decision to include clarity on the future of its waste in Malaysia which the company plans to either recycle or store in a permanent disposal facility (PDF).