Last week, MESTECC put an advertisement in the media on the public consultation of the Environmental Impact Assessment (EIA) submitted by Lynas. The EIA was submitted with Lynas’ application to make its waste storage area a permanent site for its NUF (neutralisation underflow) stream of waste.

Responding to this latest move by Lynas, Mr Tan Bun Teet, SMSL Chairman says, “Lynas should have submitted this detailed EIA back in 2011, before Malaysia issued it the operating licence. What is the use of getting the public reviewing a document when Lynas has failed to comply with its own blueprints since 2011? This EIA is just another expensive document to add to those piles of documents related to its operations and waste ‘management’ that has resulted in nearly 2 million tonnes of wastes piled up high and leaching hazards into our environment.” – see photos attached of Lynas’ waste piles.

Late November last year, the Executive Review Committee on Lynas revealed in its report that ground water monitoring data (p.80-81) around Lynas’ waste storage area – see map over the page – have shown serious level of contamination from toxic heavy metals - nickel, chromium, lead and mercury. One of the monitoring stations SW13 near or at Lynas’ effluence discharge area, has nickel level 1000 times over the Dutch legal limit for nickel!

“If these data revealed such serious contamination, MESTECC should really take action on Lynas. If other companies that have violated our regulations have been fined and penalised, why should Lynas be exempted when it has produced phenomenally huge amount of hazardous waste?“ Asked Mr Hon Kai Ping, Legal Adviser for SMSL.

For years now, Lynas has been storing its wastes in its processing plant premises in Gebeng in breach of Malaysia’s regulatory requirements under the Scheduled Waste Regulation 2005 of the 1974 Environmental Quality Act. Under this regulation, the waste can only be stored onsite for up to 180 days if it is 20 tonnes or below. By law, the NUF waste needs to have the appropriate label and be stored in containers. Yet Lynas managed to accumulate over 1 million tonnes of scheduled waste and over 450,000 tonnes of radioactive waste without any legal recourse since production began in 2013.

Mr Hon adds, “Yet Lynas continues to seek leeway to go above our regulations despite the public and environmental health implications of its wastes. Hasn’t MESTECC already made its decisions on both Lynas’ scheduled waste and radioactive waste back in December? Why should Malaysians be subjected to Lynas’ tactics to bargain for more against provisions of our own law to allow this Australian mining company to keep dumping its wastes here?”

“The current waste storage site is located on a low-lying peat mangrove swampland. It is flood and fire-prone. MESTECC should not entertain Lynas any longer. Lynas has contaminated our ground water. Act now to stop the contamination and order Lynas to clean up its own mess. Rakyat’s health and our environment should not be compromised further for the sake of a foreign company that pays no taxes, concerns only with its profit margin.” 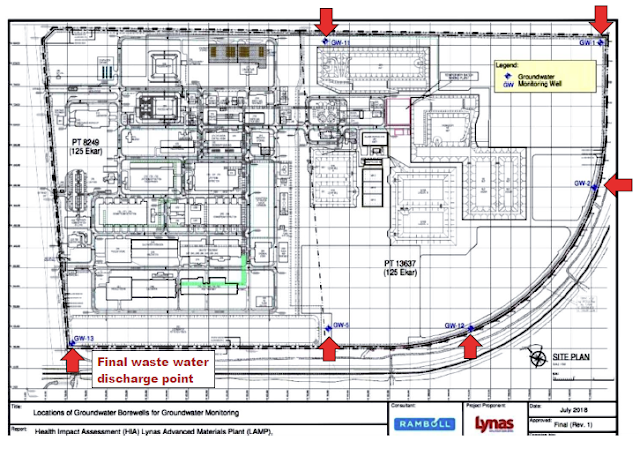