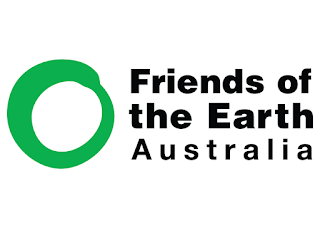 Australian environmental groups call for Lynas to deal with waste

Today, environmental and social justice organisations in Australia lend their support in solidarity with Malaysians. They demand that the Australian-owned rare earth miner, Lynas Corporation stop polluting Malaysia with its toxic radioactive waste, for its permit not to be renewed, and to start cleaning up the mess it has created.

“It is shameful that Lynas has taken advantage of the previous Malaysian Government, including a 1-year tax break, to speed up the approvals process in constructing and operating its rare earth processing plant, the Lynas Advanced Materials Plant (LAMP). This was done without any detailed environmental impact assessment report, this would be completely unacceptable in Australia,” claimed Natalie Lowrey1, Stop Lynas Campaign Australia.

“The key problem with rare earth minerals1 is the very low concentration of the minerals in the ore and the presence of thorium and uranium radionuclides, together with toxic heavy metals and arsenic.”

“Such toxic substances, most of which are cancer-causing agents, are being left behind in the waste and effluent at the Lynas Advanced Materials Plant in Kuantan, Malaysia. There are also issues with the harsh reagent and corrosive acids used in the processing stages.”

Last May, a new Government came into power promising to fight corruption and bring in sweeping reforms for the country. A Ministerial Decision has been made following an executive review on Lynas to enforce the licence condition which Lynas has yet to follow through.

Dr Jim Green, National Nuclear Campaigner, Friends of the Earth Australia stated, “Malaysians have waged a mass movement for years to stop Lynas getting its operating license. The previous controversial Najib-run Government went ahead with the licence when Lynas gave the undertaking to remove its radioactive waste from Malaysia in December 2012.”3,4

“Lynas scammed its way to get the operating licence knowing full well that its radioactive waste had no safe long-term disposal plan. By putting the horses before the cart, Lynas has caused serious groundwater contamination, exposing the local community to its hazards.”5

“Lynas should start a proper clean-up of the contaminated groundwater and any pollution it is responsible for. Without any plan to deal with the waste, the Malaysian Government should seriously consider not renewing Lynas permit in September this year.”

Ms Lowrey, Stop Lynas Campaign Australia continued, “This is a gross violation of Lynas Corporations corporate environmental and social responsibility. The Lynas toxic supply chains are reasons why, as environmental groups, we have to be vigilant when recommending and promoting technological fixes as a solution to climate change. Profit-hungry corporations will always find loopholes to seek profit, by pushing their dirty operations to countries with the least means to tackle the complexities and hazards of industrial pollution.”

“Australia should legislate to have binding corporate regulation over Australian operations overseas. We have seen far too many mining disasters in developing countries with limited means to deal with.”

“It is way overdue for the Australian Government to clean up the Australian mining sector to stop them from tarnishing Australia’s reputation through gross violations and polluting activities overseas.”


Rare earth minerals are essentially raw materials for the digital and high technology industries, including supposedly ‘green’ or ‘smart’ technologies. This set of minerals are neither rare nor earth.
‘Joint Ministerial Statement on Lynas’, by YB. Dato’ Sri Mustapa Mohamed, Minister of International Trade and Industry YB. Datuk Seri Panglima Dr. Maximus Johnity Ongkili, Minister of Science, Technology and Innovation YB. Dato’ Sri Douglas Uggah Embas Minister of Natural Resources and Environment YB. Dato’ Sri Liow Tiong Lai Minister of Health, 22 February, 2012, http://www.kats.gov.my/ms-my/pustakamedia/Kenyataan%20Media/Press%20Statement%20-%20Joint%20Ministerial%20Statement%20on%20Lynas.pdf.
‘Joint Ministerial Statement on Lynas’, Ministry of International Trade and Industry, 12 Dec 2012, http://www.aelb.gov.my/malay/dokumen/kenyataan-akhbar/10122012.pdf
Since 2013, Lynas has started to generate a massive amount of waste through its Malaysian plant located in a low-lying peat mangrove reserve near the port of Kuantan in Malaysia. To date, about half a million tonnes of waste contaminated with hundreds of thousands of tonnes of long-living radioactive thorium, uranium, toxic heavy metals, arsenic and copious amount of chemicals has been dumped by its plant. The Malaysian executive review report showed data of serious groundwater contamination from nickel, chromium, lead, and mercury all around Lynas’ waste storage facility from its own monitoring stations. Lynas has denied that it is the cause of the contamination.